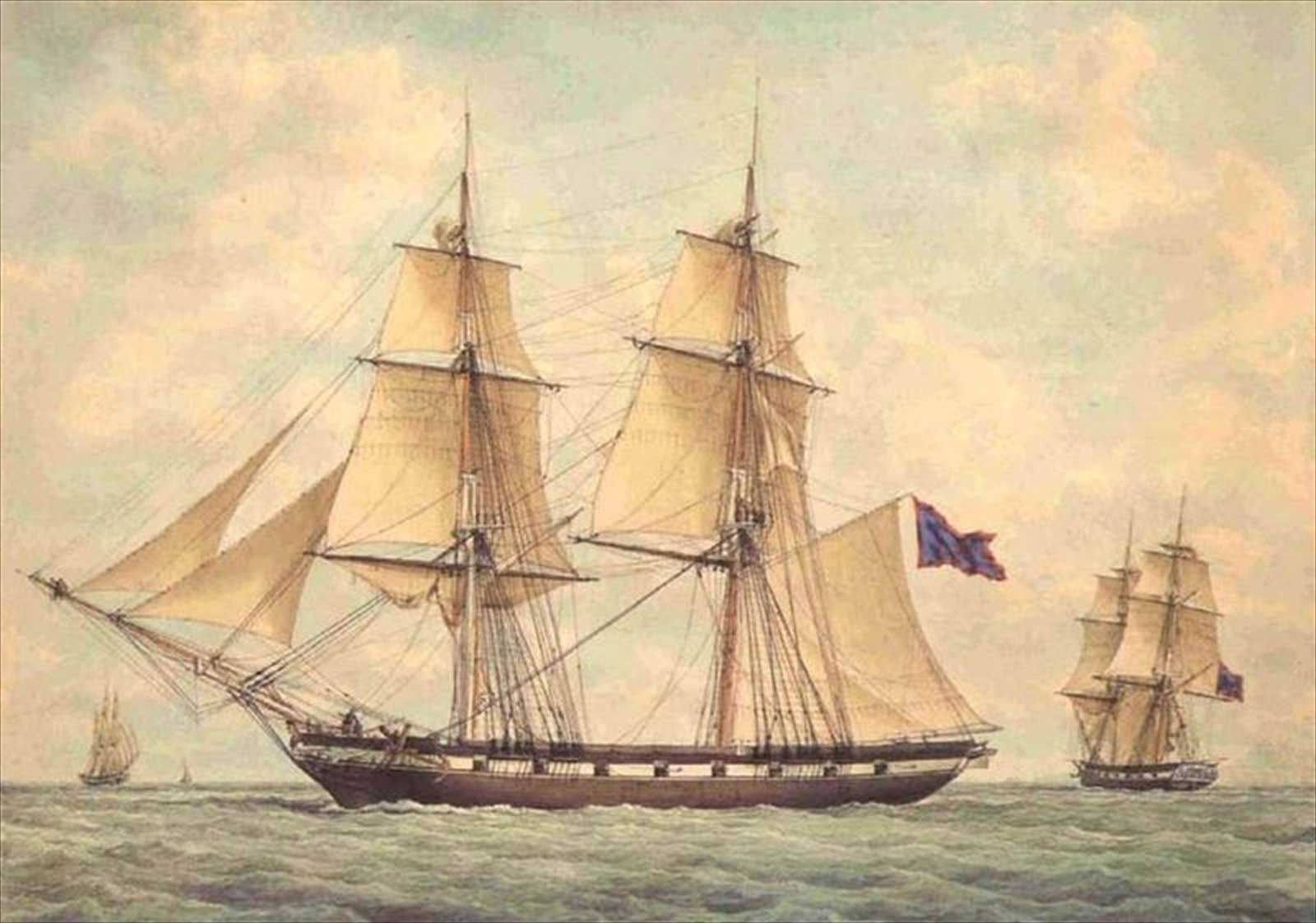 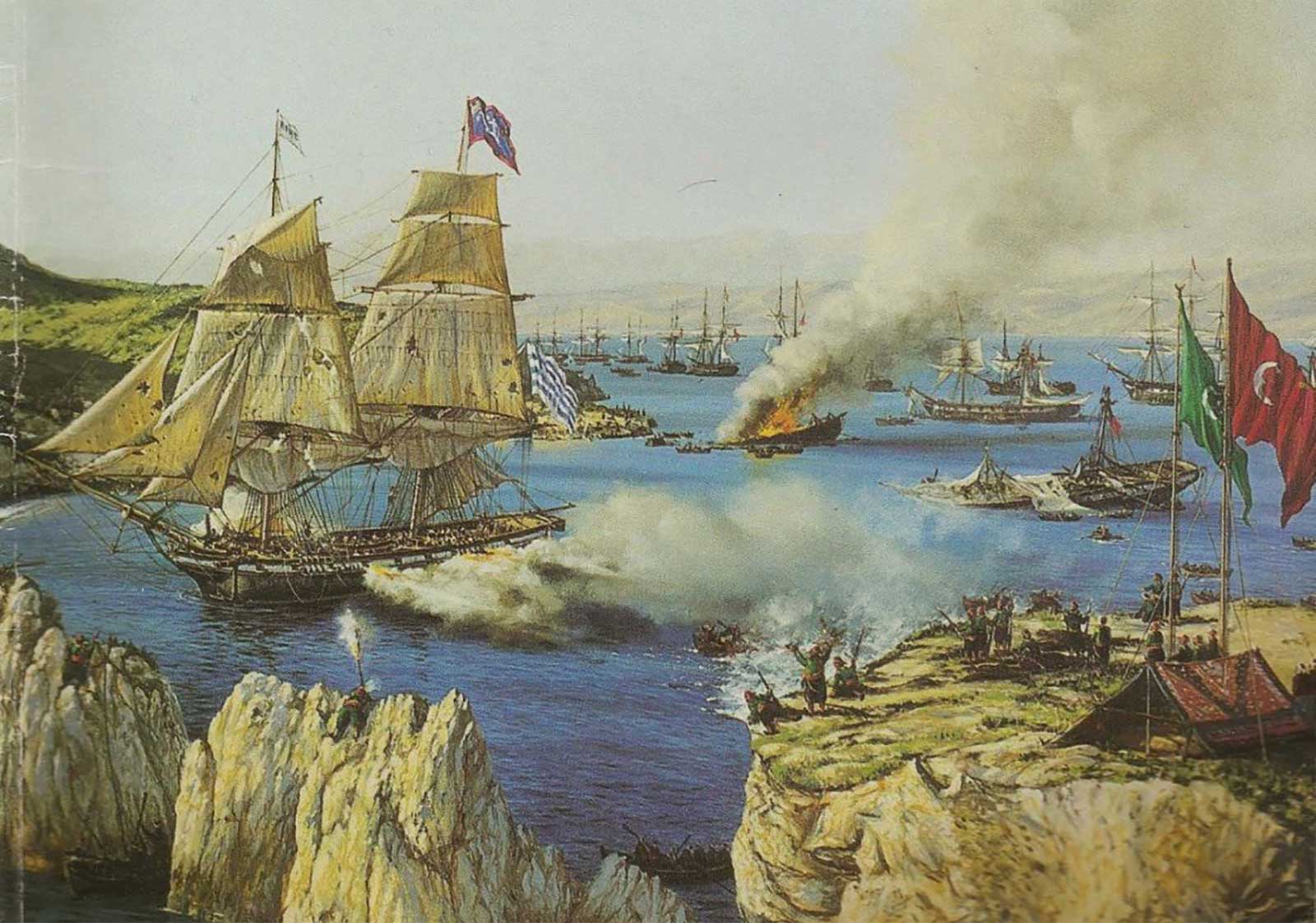 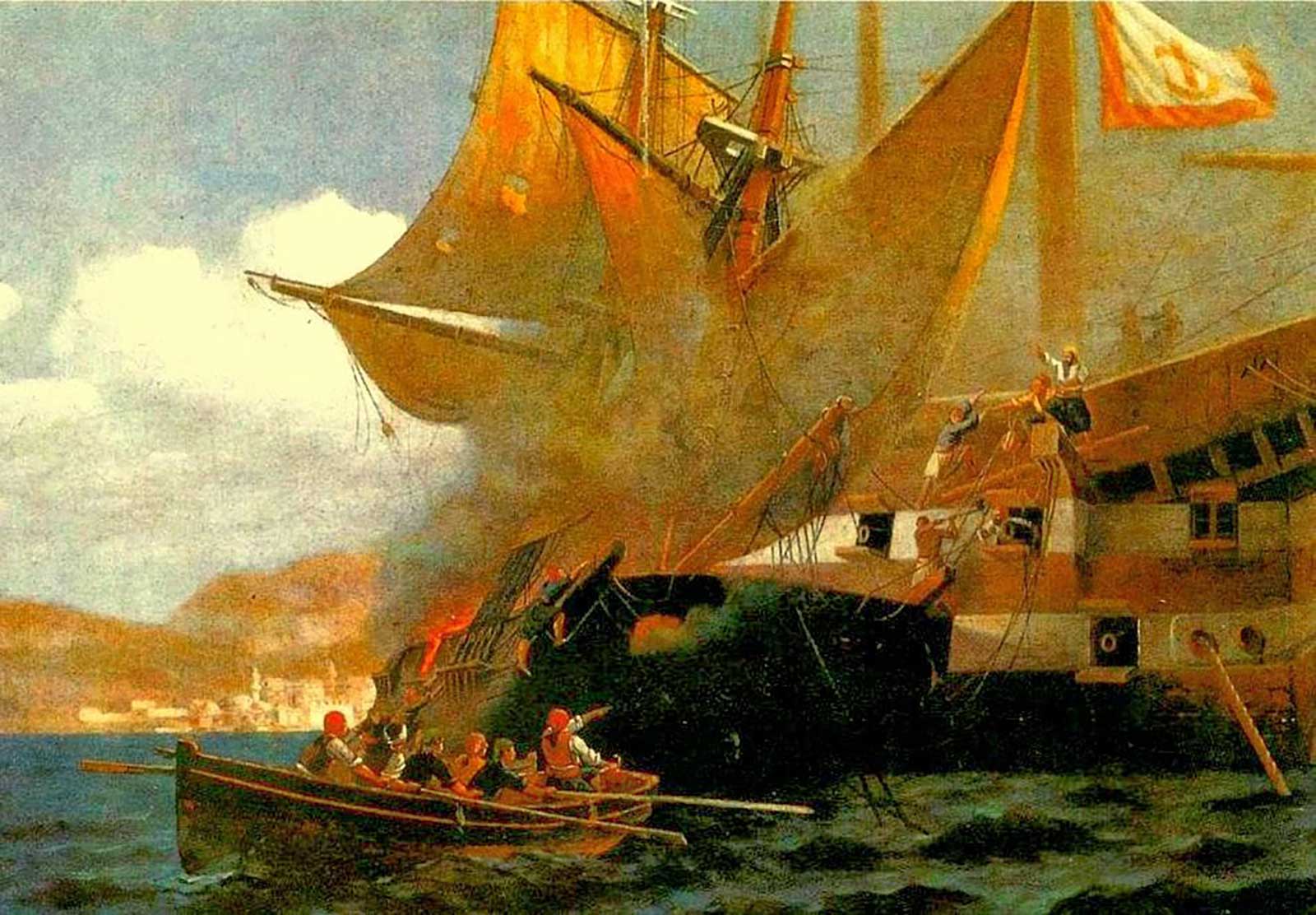 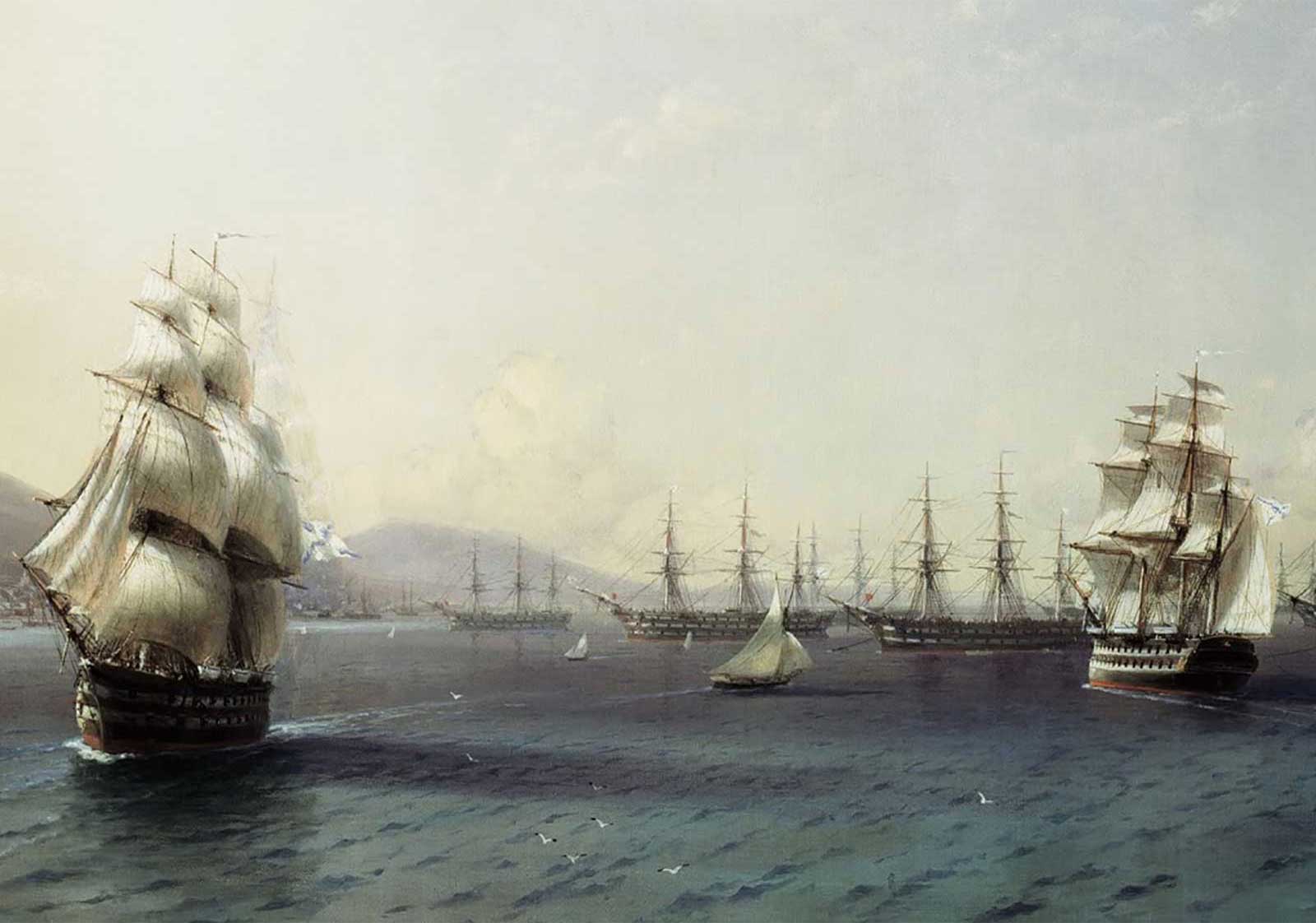 Hydra has been maned after the Island's plentyfull waters, which gushed from the founts that existed in the ancient times. Historians mention the island by the name "Hydrea".In the interior of the Islandhave been found traces of ancient living quarters, according to chaeological excavations that took place in the location of "Episkopi". The first residents of the island where called Dryopes.

According to various archaeological findings in the place Episkopi of Hydra, scientists have concluded that the emigration to the island had begun long before the Homeric period, meaning the after Neolithic time (3000 - 2600 B.C.). Hydra didn't manage, to the centuries that followed, to evolve in a place socially and historically capable of being.

Hydria, as Herodotus used to call the island of Hydra, around the 13th century, is becoming the place of "Driops" farmers, fishermen and shepherds, who used to live to the Parnassus and Oiti.

Two centuries later, with the descent of Dorians, Driops are disappearing and so the life in the island. During Archaic times, Hydra didn't have to offer anything of Historical value.

A small number of Historians make references to Hydra. Among them are Herodotus, Ptolemaios the Geographer, Pausanias and the lexicographers, Stefanos the Byzantios and Isixios.

The only testimony that we have for Hydra in Classis times is that of Stefanos the Byzantine, who refers to one of the inhabitants of the island by the name Euagis.

We do not have enough information for Hydra in Roman and Byzantine times. This fact gave the impression that the island was uninhabited, but archaeological findings in the place Episkopi show different. It looks like that, because of pirate evasions from which most of the citizens left from the Island and others gone to the interior of it

In the beginning of the 15th century, Hydra was inhabited by a few shepherd families. From 1460, Orthodox Albanian refugees, who fought to the side of the Venetians against the Turks, came to the island and became fishermen. It is the time that the building spree starts in Hydra and the first town in the hill of the place Kiafa is created.

Because of the hostile climate in greek cities in conjunction with the pirates in Mediterranean, immigration becomes more intensive. One second immigration wave reaches Hydra, at the end of the 16th Century, when big families came to stay.

Amongst them the families of Lazarou and Zarva, afterwords Kokkini and Kountourioti from Ipeiros, The family Barou from Kynthos and Nrga, Gioni, Gouma, Giakoumaki later Tompazi, Kiosse, Saxini from Genova, Vokou them Miaouli from Evboia. More immigrants are coming to the small island of Hydra during the 18th century.

That period we had the Venetian - Turk War and the Russian - Tyerk war. That's why in the start of the Greek revolution the island of Hydra had a population of 27.000 people. That had got positive results, especially in sea commerce and in shipping.

To the end of the 18th century Hydra became a great nautical power with 150 ships. The island is in its peak.

This demographic revolution certainly had its positive and negative effects on the evolution of social Hydraiki course. Of the most positive were to promote the development of trade and major development and the rapid development of shipping in Hydra.

So in the late 18th century and early 19th century, Hydra evolves into a great naval power with a commercial fleet of 150 ships.

The new possibilities, that gave the Greek merchant shipping with the Russo-Turkish Treaty of Küçük Kainardji (1774) and together with the favor of the Ottoman administration, which was based much on seamanship of Hydra, who served in the Turkish fleet, the government ensured that the island and the appointment in 1802 his skilful and motivated George Voulgaris as governor of the Turks and the locus tenens (lest Kotzabasis) and especially with the breakdown of the Greek sailors of the blockade imposed by the UK ports of France, during the Napoleonic wars, for grain transportation, combined with the disappearance of French ships from the eastern Mediterranean, have resulted in that time that the island saw its highest strength and thus its economic and spiritual flourishing.

The high level of development of maritime and commercial activity prove the foundation maritime college in the fetches Italian and Portuguese teachers for the systematic teaching of seamanship, and the adoption of specific laws and rules to regulate such transactions.

Thus becomes fully understandable, from the moment of the revolution in 1821, this island of the Saronic Gulf numbered about 27,000 inhabitants

HYDRA IN THE SHADOW OF HER GLORIOUS ANCESTORS

In 1802 the administrative system of the island changes with the arrival of Dimas George Voulgaris. Voulgaris placed by the Sultan as the governor and supervisor of Hydra, Poros and Spetses. His prudent administration and the Ottoman favor on his face contributed to elevate the island into a most favourable position.

The period that follows under his guidance is one of financial strength, of piracy suppression and peace, which gave the opportunity to Hydra to organize its society; Meanwhile the constant battles that fought with the pirates turned them over time from petty farmers and shepherds in experienced soldiers.

Hydra was used as a naval station, thus it has taken the leading role in maritime trade and communications. Flourishing trade has been shown in the late 18th century and early 19th. Then the Hydra took advantage of the English-French war and earned huge profits by controlling the sea trade.

During this period, as a result of the privileges of the free navigation and under the protection of the Russian flag and the international laws created by the French Revolution and the Napoleonic Wars, Hydra gradually became expert of the sea routes of the Mediterranean and it emerged as the first naval power among the Greek islands.

Important was the help of Hydra to the liberation of Greece in 1821.During the war, Hydra was in full alert and ready for battle with the turkish troop. The Captain of turks Hibraim called Hydra "Little England".

The Hydrian fleet dominated the sea during the seven year war with the turks, contributing this way to the liberation of Greece, sacrificing many human lifes, battleships and money. Ant. Oikonomou started the Rebellion at the island. Worthy sea fighters were the Captain A.Miaoulis, the Captains Iak. and Man. Tompazis, Anast.Tsamados, G. Saxtouris, G. Saxinis, Ant. Kriezis and the brothers Vokoi. Big role also played the  I.Matrozos, Andr. Pipinos and Vatikiotis.

In 1912, the Hydrian admiral Pavlos Koundouriotis, as Captain of the Greek fleet, won the turks. In 1924, Pavlos Kountouriotis was announced the first President of the Hellenic Republic.

In the same period, Nikolaos Votsis, torpedoed a turkish battleship outside the port of Thessaloniki. For over half a century, admiralties were administered by Hydrians.

Also, we have to mention that Hydra gave birth to eminent personalities such as the Archbishop of Greece, Dorotheos Kottaras and the Bishops Patsis, Parisis, Epiphanios, Kalaphatis and Prokopios Georgantopoulos. In sciences, the Academicians A. Lignos, I. Xaramis, N. Hatzikiriakos-Gkikas, P.Tetsis and the painter N. Nikolaou. Hydra reformed, developed andestablished during the 18th and 19th century.

The 20th century finds Hydra in a weakened state, despite its previous flourishing , driven slowly but surely on the verge of an economic decline.

Many residents leave the island and move to Athens and Piraeus, around the Church of St. Nicholas, creating their own community.

One last opportunity for growth and regeneration of Hydra society was in the 1950s when several artists and filmmakers "discover" Hydra and use it in their films, this was a direct consequence of the rapid economic and tourist traffic to the island, which has evolved since then into a cosmopolitan tourist resort.

In the 1950s it was filmed the "Boy on a Dolphin" with Sophia Loren and Hydra became known internationally. Among the most famous films shot in Hydra is the famous "Girl in Black" by Michael Cacoyannis with Ellie Lambeti, which received excellent reviews in the European festival and the Jules Dassin's film "Phaedra" with the wonderful Melina Mercouri and the famous Anthony Perkins and Ralph Wallonia.

Hydra became a destination mainly between 1960-1970 when celebrities from around the world, including Lennon, Klapton, Rolling Stones, Onassis and Callas, Pex Xarison, Peter Oystinof, Leonard Cohen and many others visited the island and also became a place of inspiration for many art people like Xatzikyriakos, Gikas, Seferis, Engonopoulos, Henry Miller, Tetsis the Byzantios.

Today, the Hydra of Miller, Seferis, Gikas Engonopoulos, Byzantios, and Tetsis, with its continuous offering in the Greek tourism and cultural life, remains the jewel of the Gulf Islands and certainly one of the greatest resorts in Greece.

In 1912, the Hydra admiral Pavlos Kountouriotis, as the leader of the Greek fleet, defeated the Turkish fleet in the straits of the Hellespont. At the same time, on October 18, 1912, Nicolaos Votsis, commanding torpedo boat 11, torpedoed the Turkish flagship "Fetich Bulent" 3,000 tons, inside the port of Thessaloniki.

In 1924, the Hydrian admiral Pavlos Kountouriotis was named first President of the Hellenic Republic and for half a century, the Naval Ministries were managed by Hydrians.

To the Church, Hydra gave the Archbishop of Athens and All Greece, Dorotheos Kottaras, and the Metropolitans, Patsis, Paris, Epiphanios, Kalafati and Prokopio Georgandopoulos. In the sciences and letters, he gave the Academicians A. Lignos, I. Harami, N. Chatzikyriako-Ghika, P. Tetsis and the painter N. Nikolaou.

Hydra developed and took its current form in the last decades of the 18th and the first decades of the 19th century. At that time, the old city of Kiapha was abandoned and the inhabitants gathered around the Dormition Monastery, in the port, which together with a part of the old city, created the current city.

The 20th century finds Hydra, despite its temporary economic recovery - the result of the inhabitants' systematic occupation with fishing and the sponge trade - in complete depopulation, driven slowly but steadily to the brink of economic withering.

Her temporary "engine" force, sponging, found itself in complete decline over time, mainly due to the limitation of the financial support of sponge-making enterprises by the Agricultural Bank of Greece.

Many residents leave the island and move to Athens and mainly to Piraeus, around the Church of Agios Nikolaos, creating their own parish.

A last chance to develop and revitalize the Hydra society was given in the 1950s when various artists and film producers "discovered" the Hydra and used it liberally in their films. A direct consequence of the rapid tourist and economic movement on the island, which has since evolved into a cosmopolitan tourist resort.

In the 1950s, the film "The Child and the Dolphin" with Sophia Loren was filmed here, and Hydra began to become internationally known.

Among the most famous films shot in Hydra are the famous "Girl in Black" by Michalis Kakogiannis with Elli Lampeti, which received rave reviews at the European festivals where it was shown, and Jules Dassin's great film "Phaedra" with the wonderful Melina Mercury and the famous Anthony Perkins and Ralph Vallone.

Hydra became a destination mainly between 1960-70 when famous people from all over the world such as Lennon, Clapton, Rolling Stones, Onassis and Callas, Pax Harrison, Peter Ustinov, Leonard Cohen and many others passed through here and a source of inspiration for many people of the spirit and the arts such as Xatzikyriakos-Gikas, Seferis, Eggonopoulos, Henry Miller, Tetsis and Byzantios... 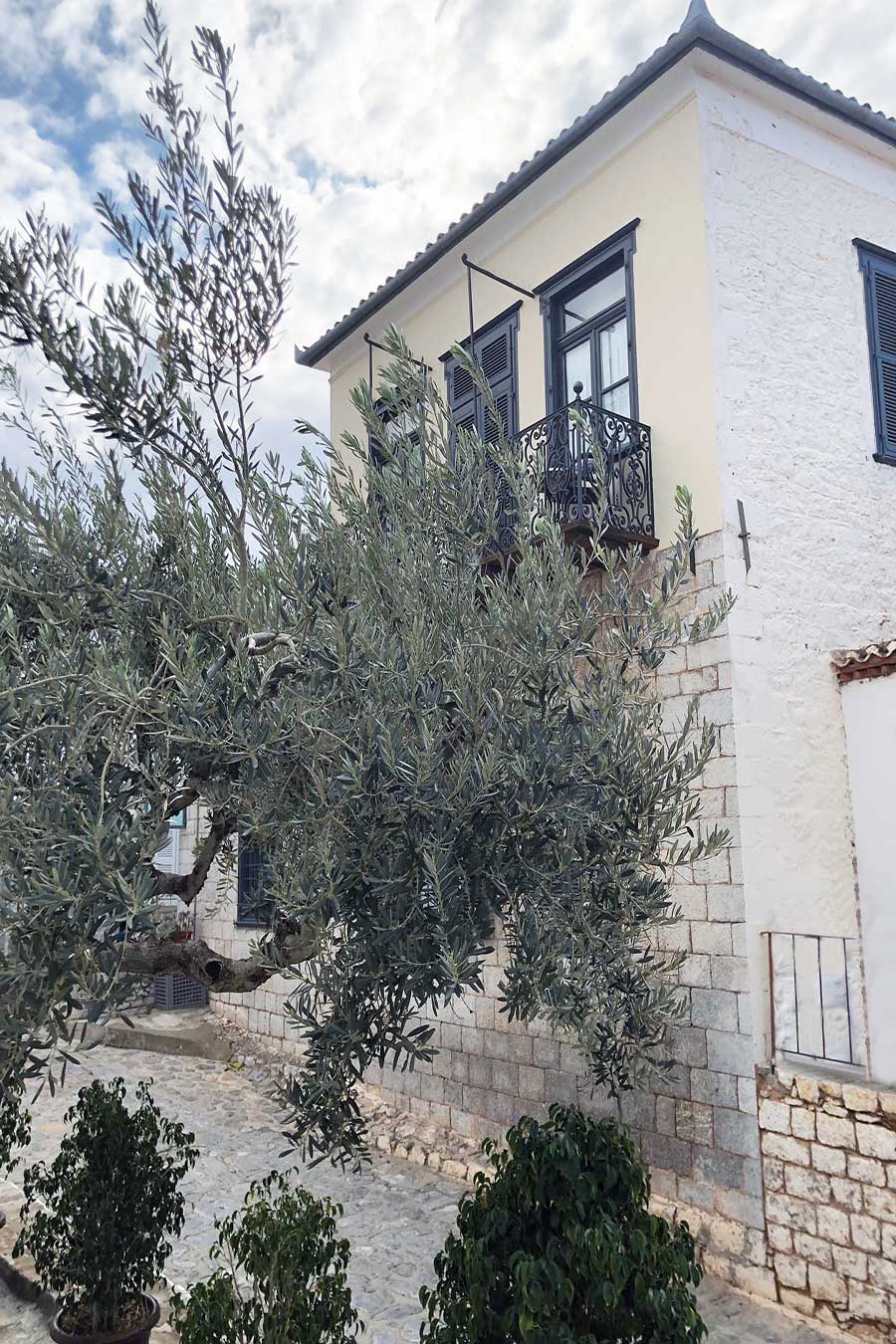 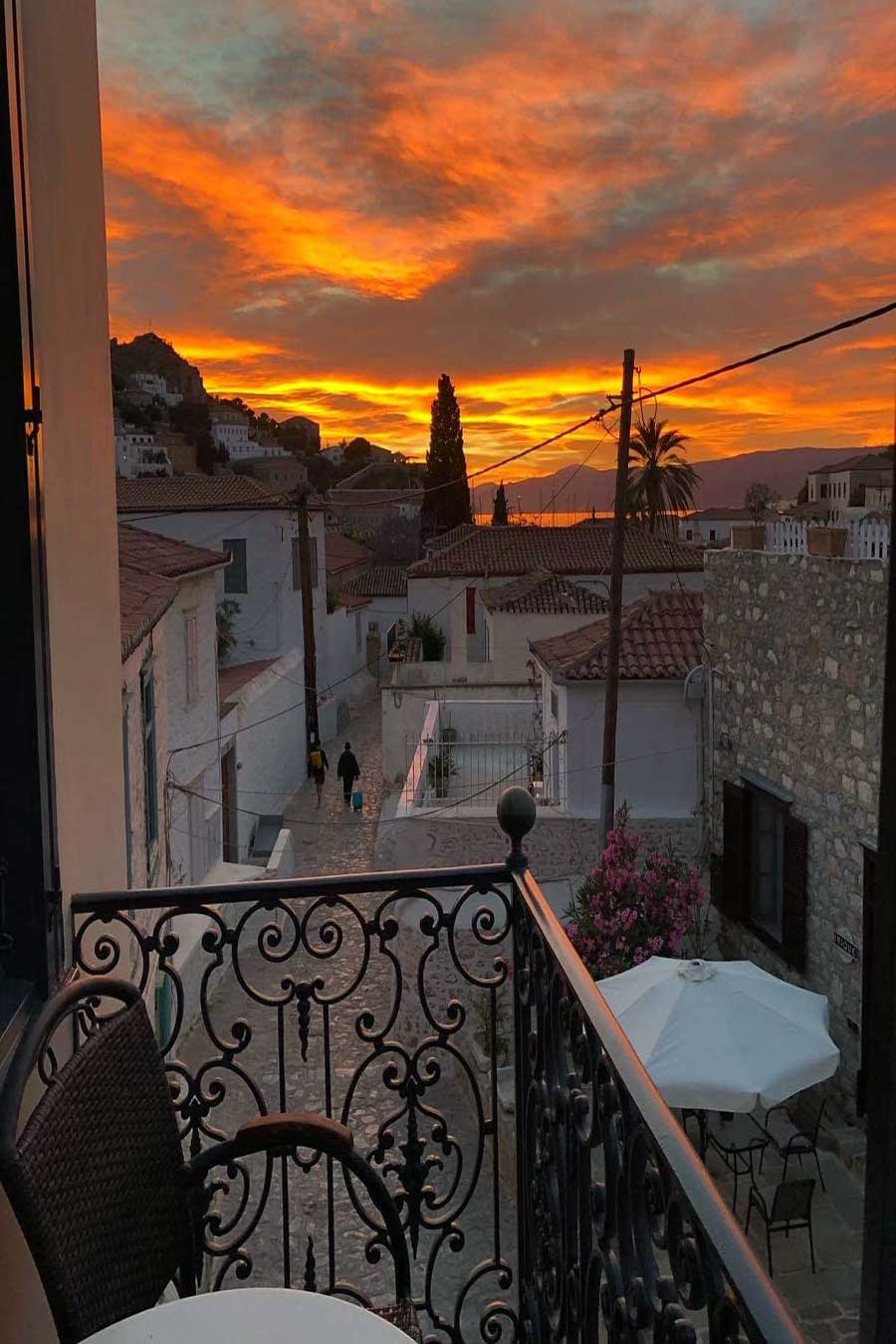 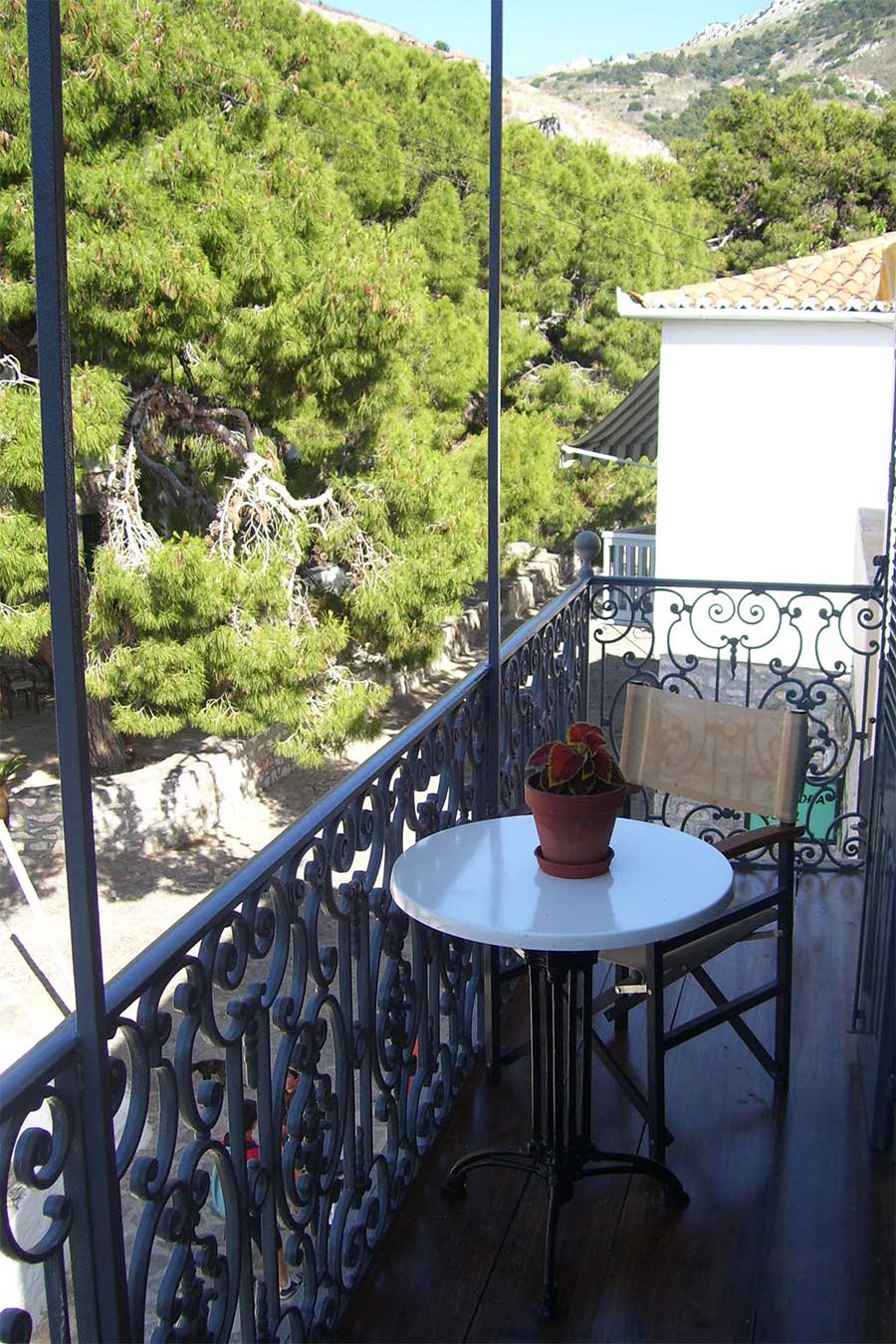 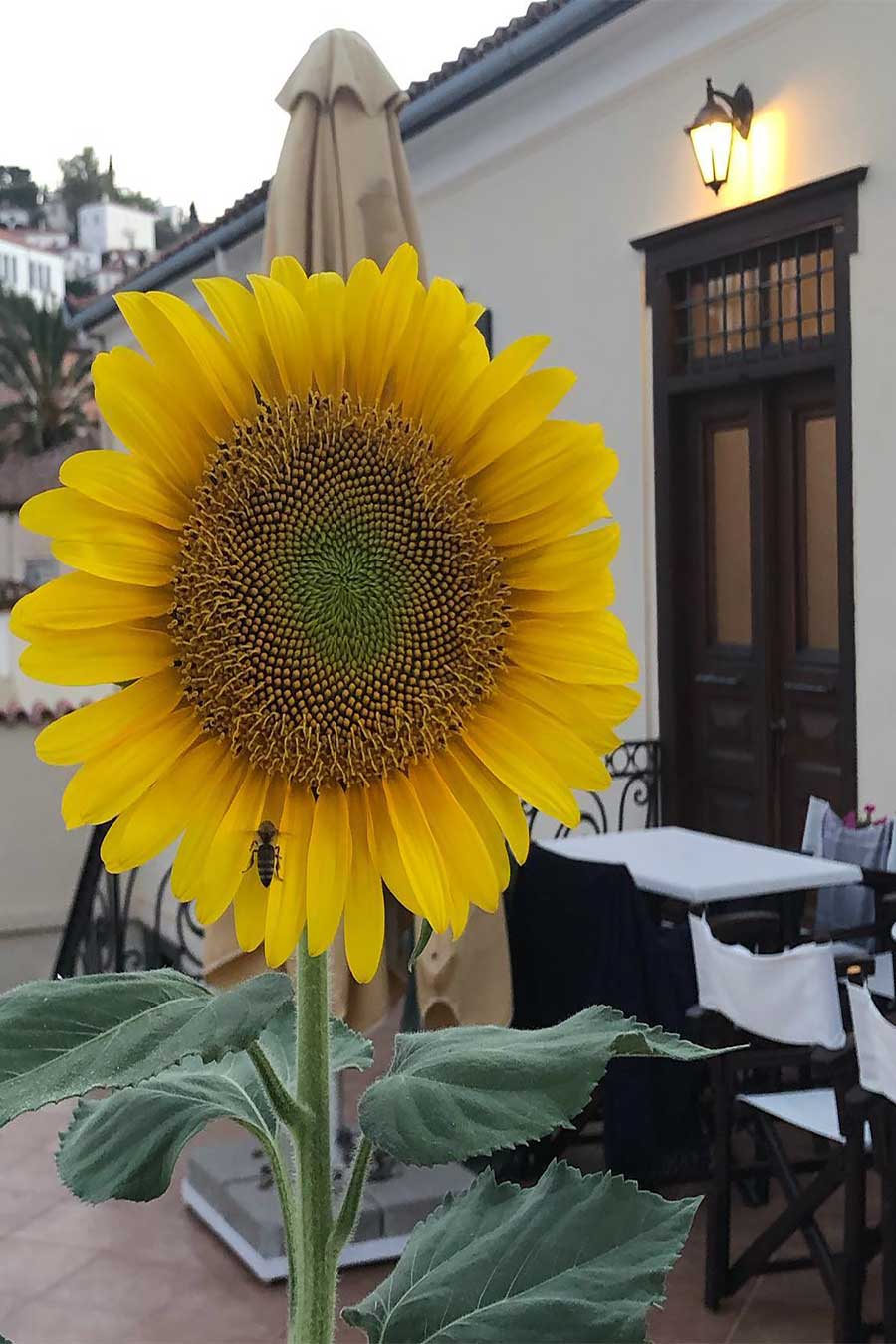 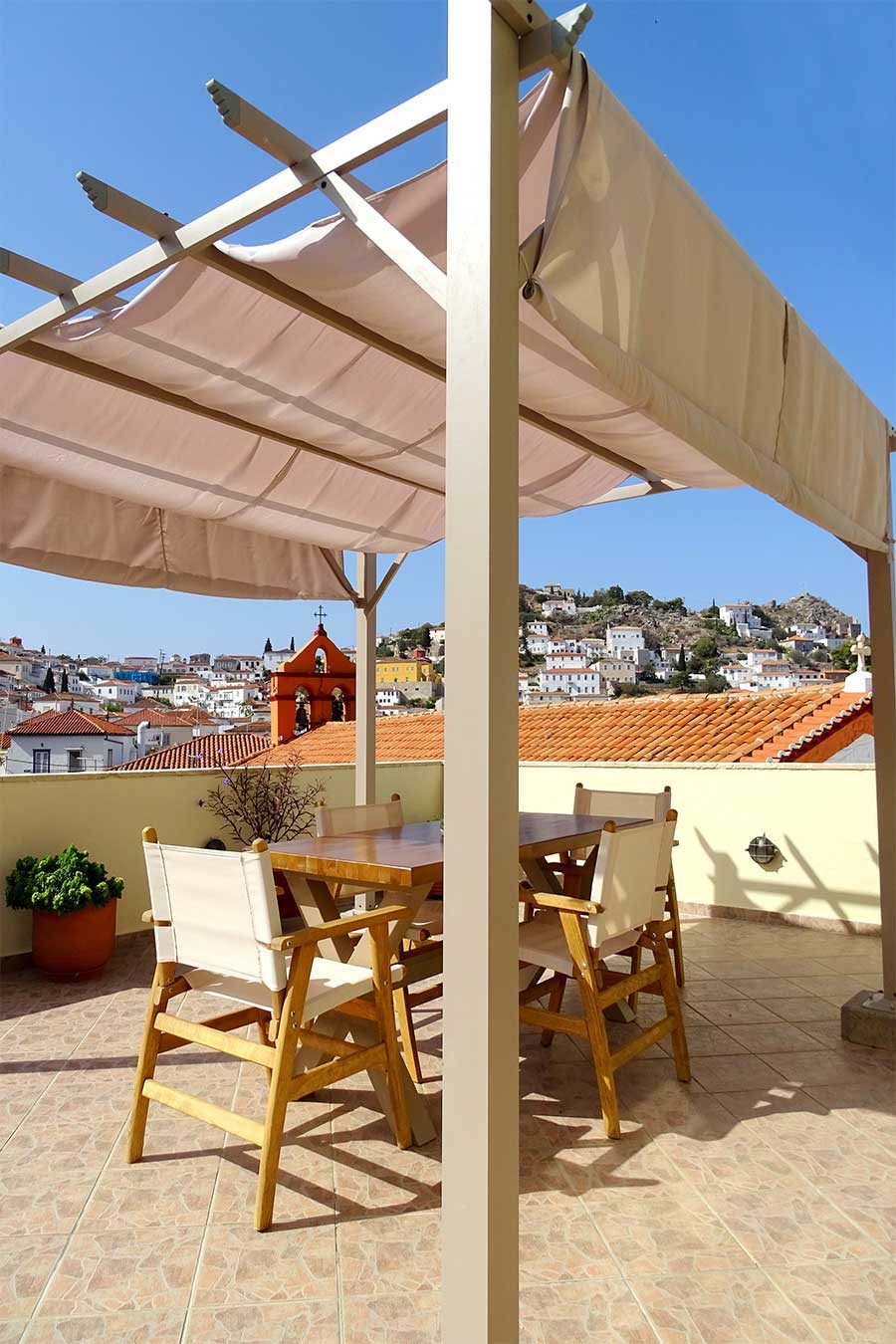 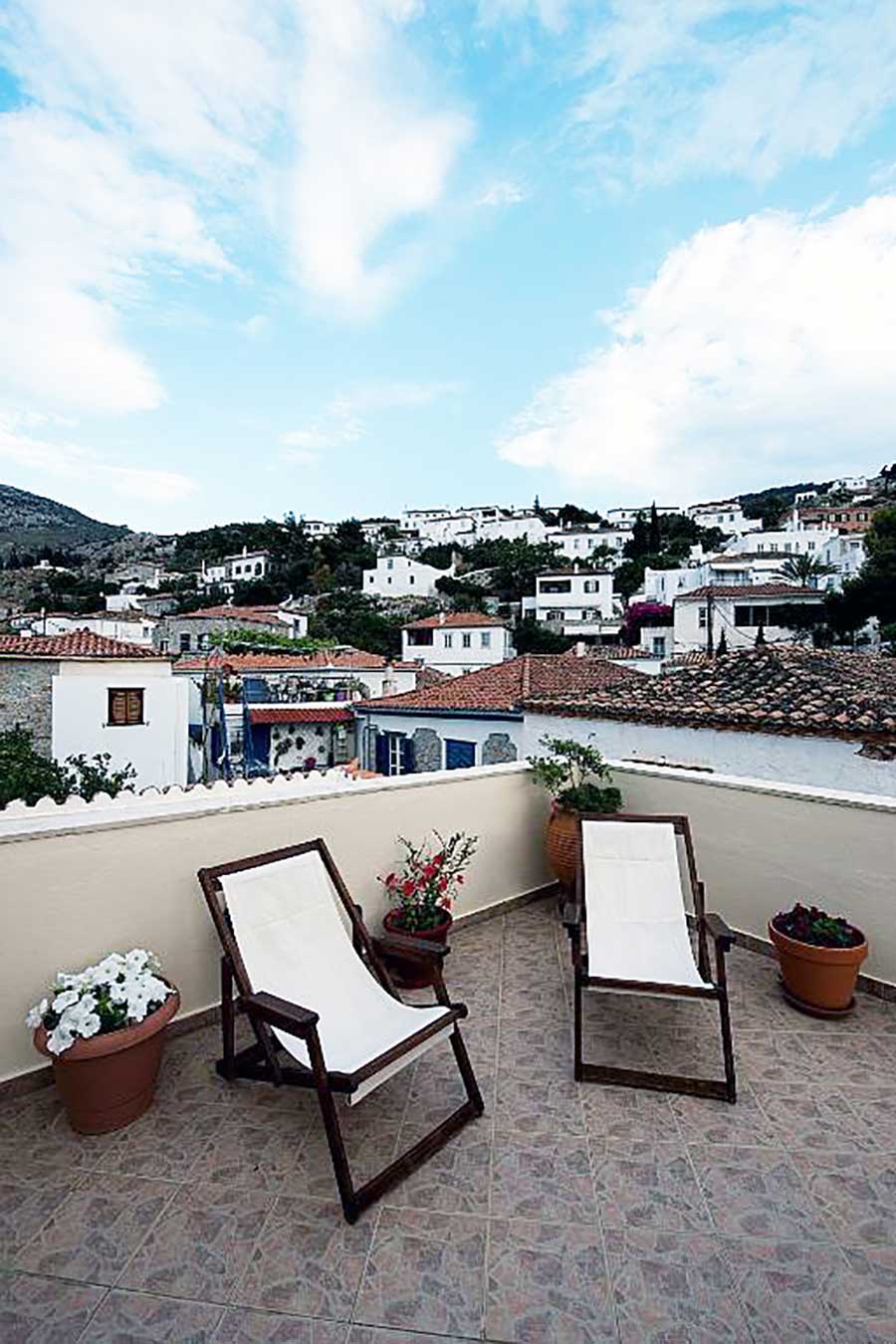 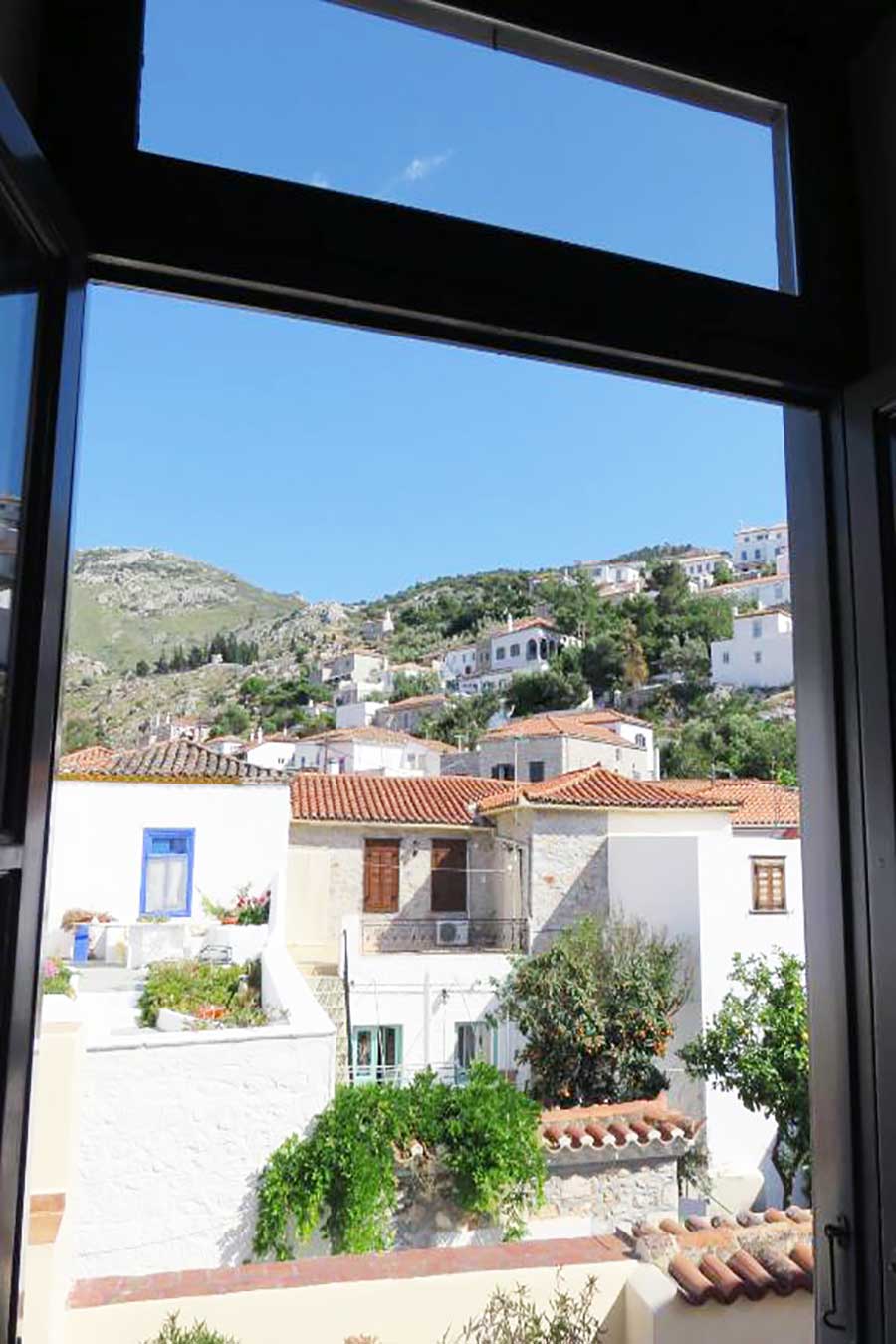 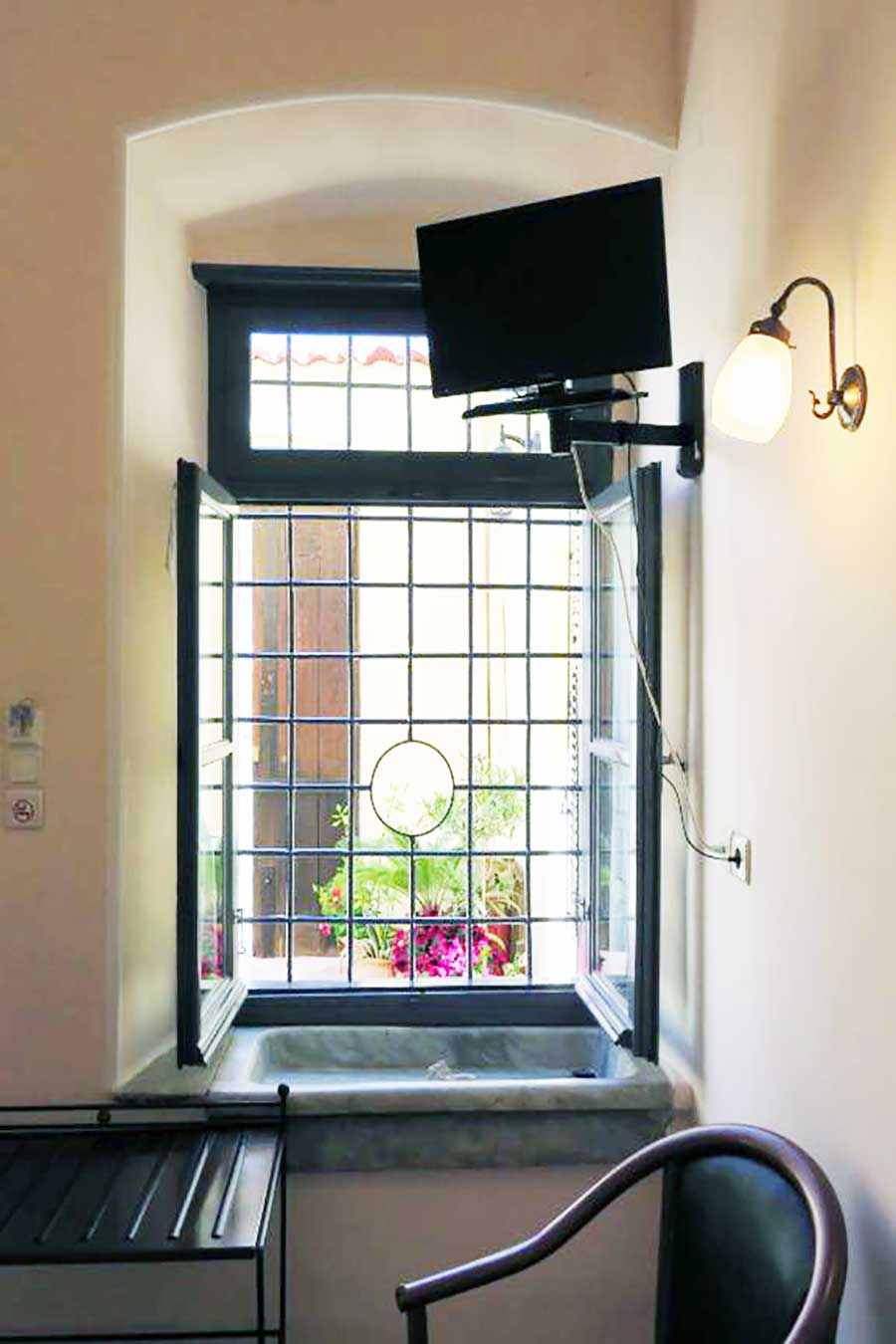 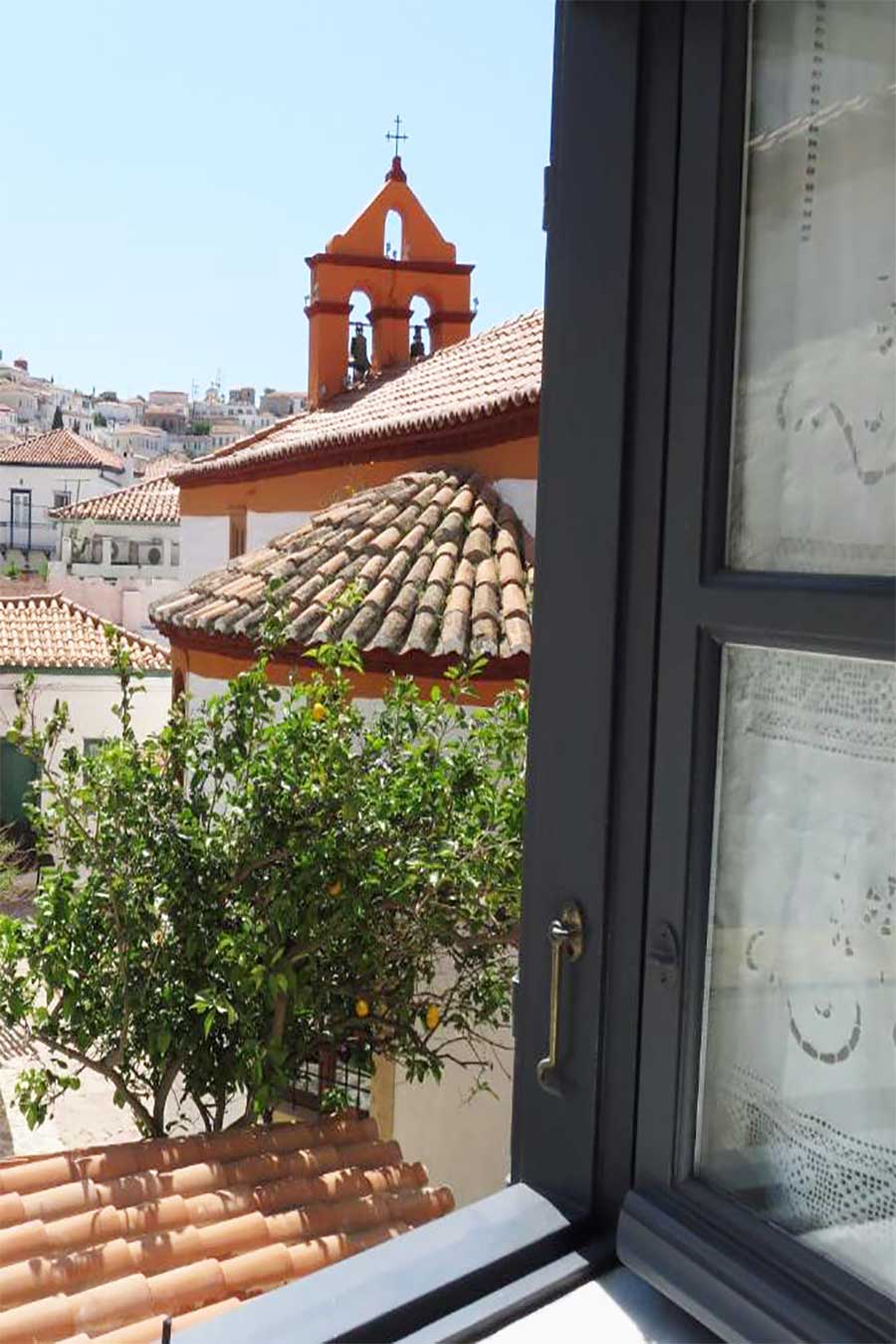 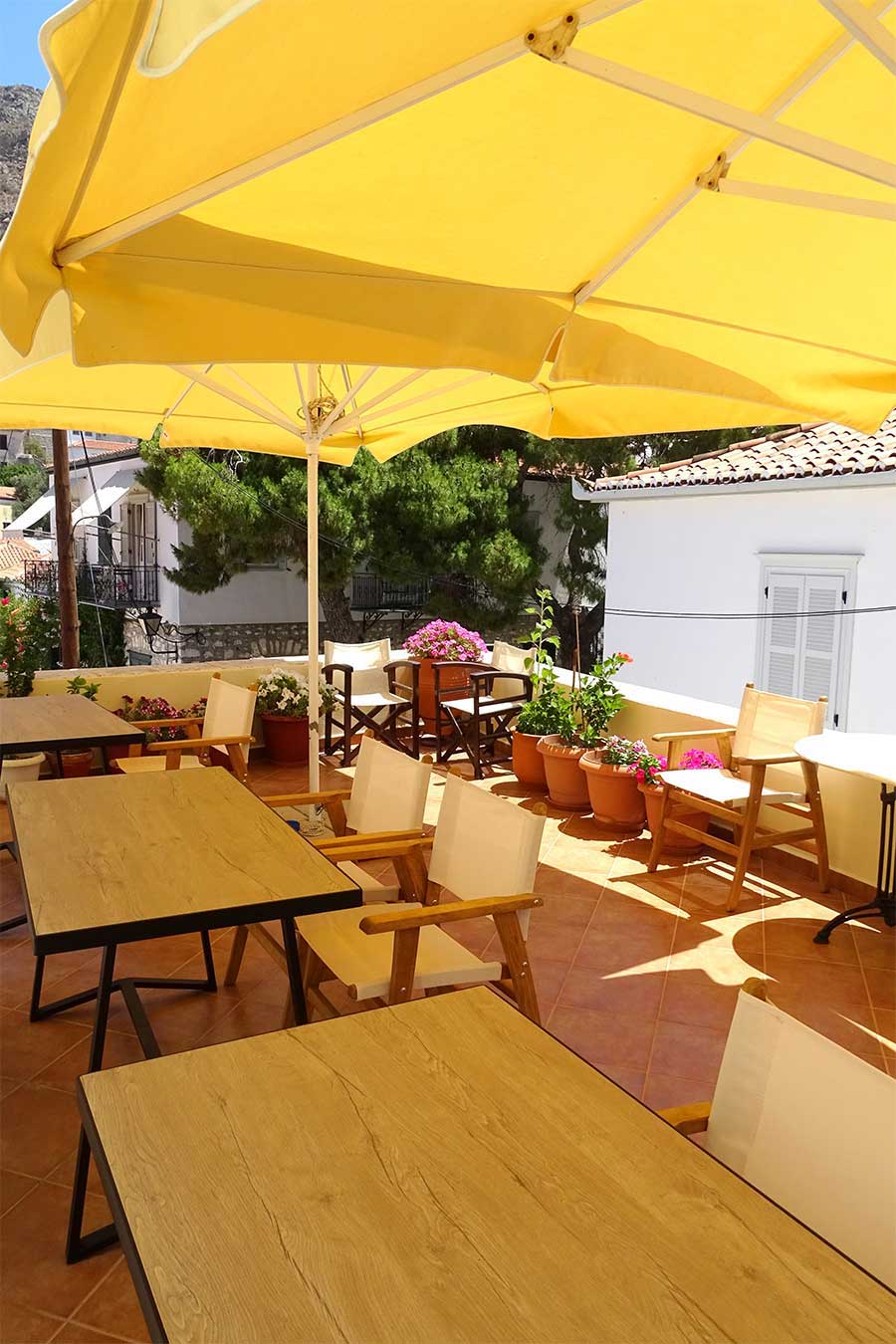 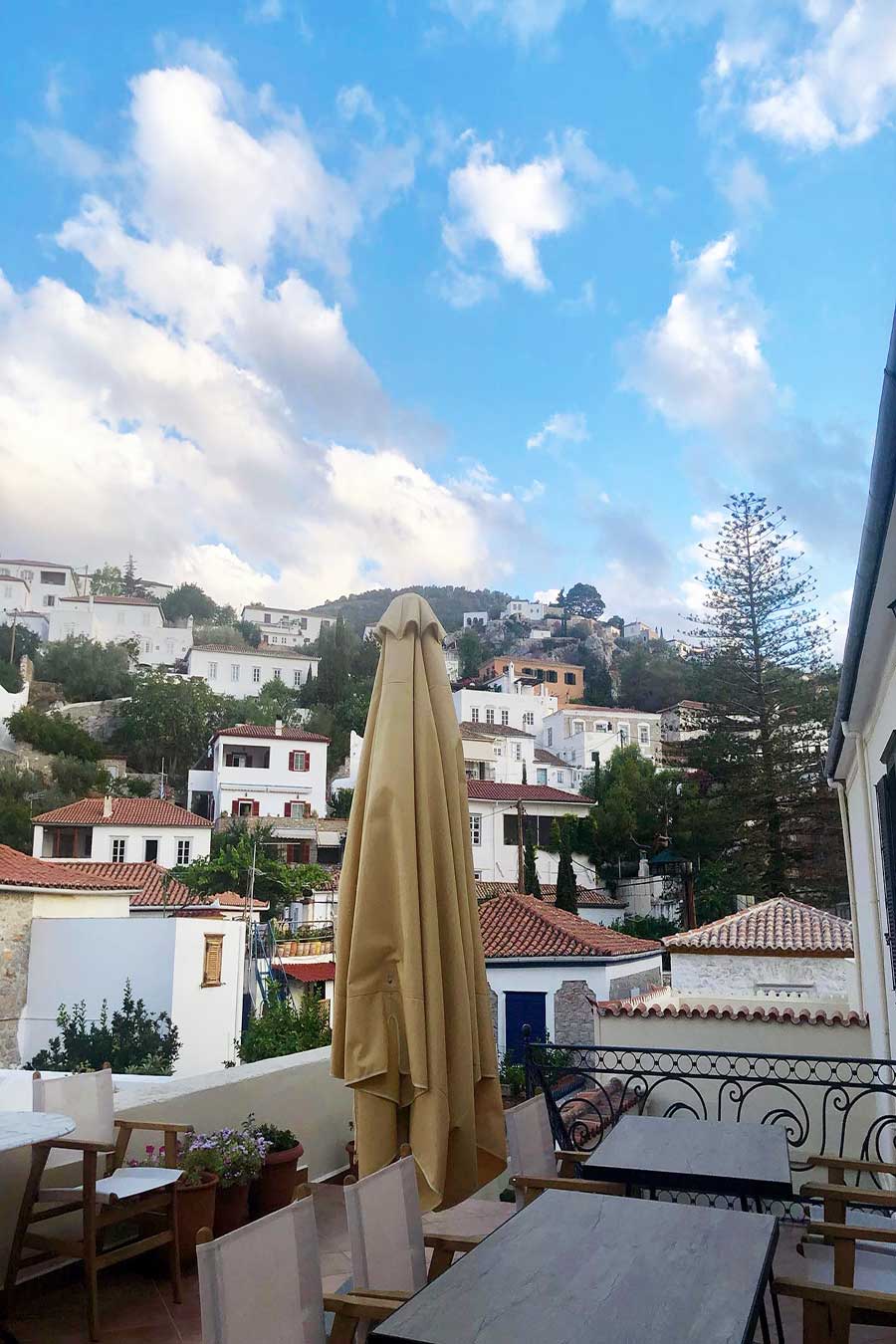 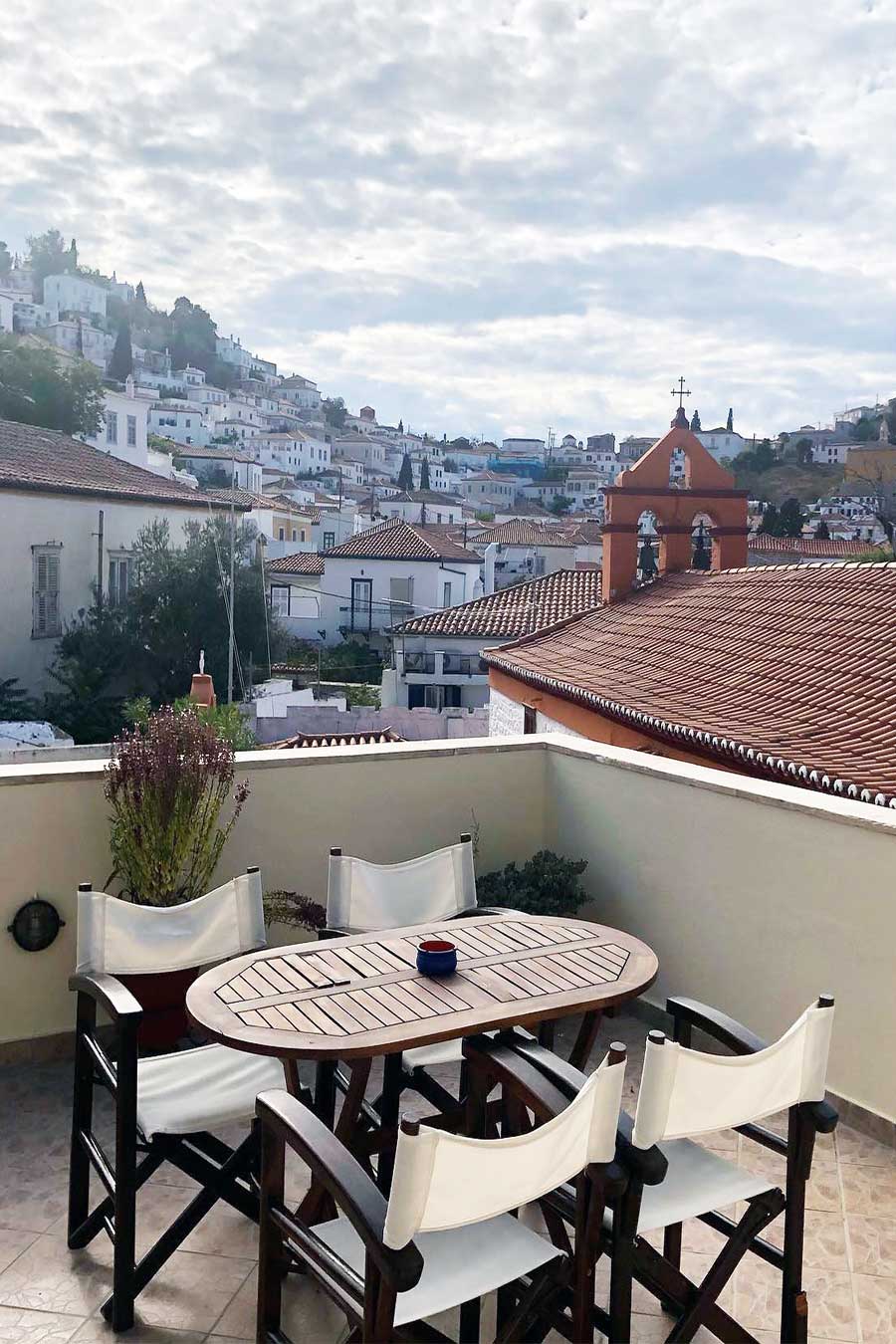 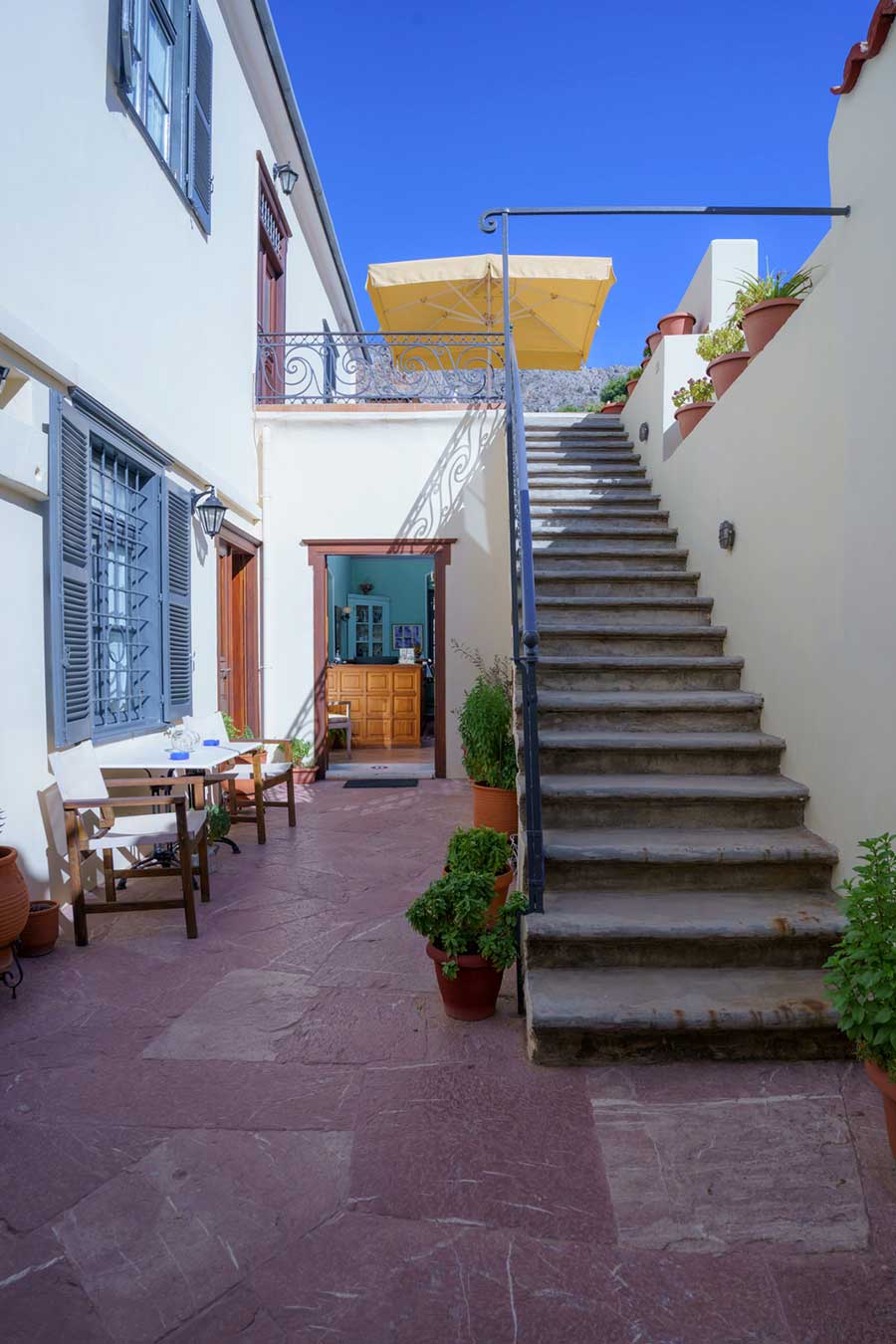 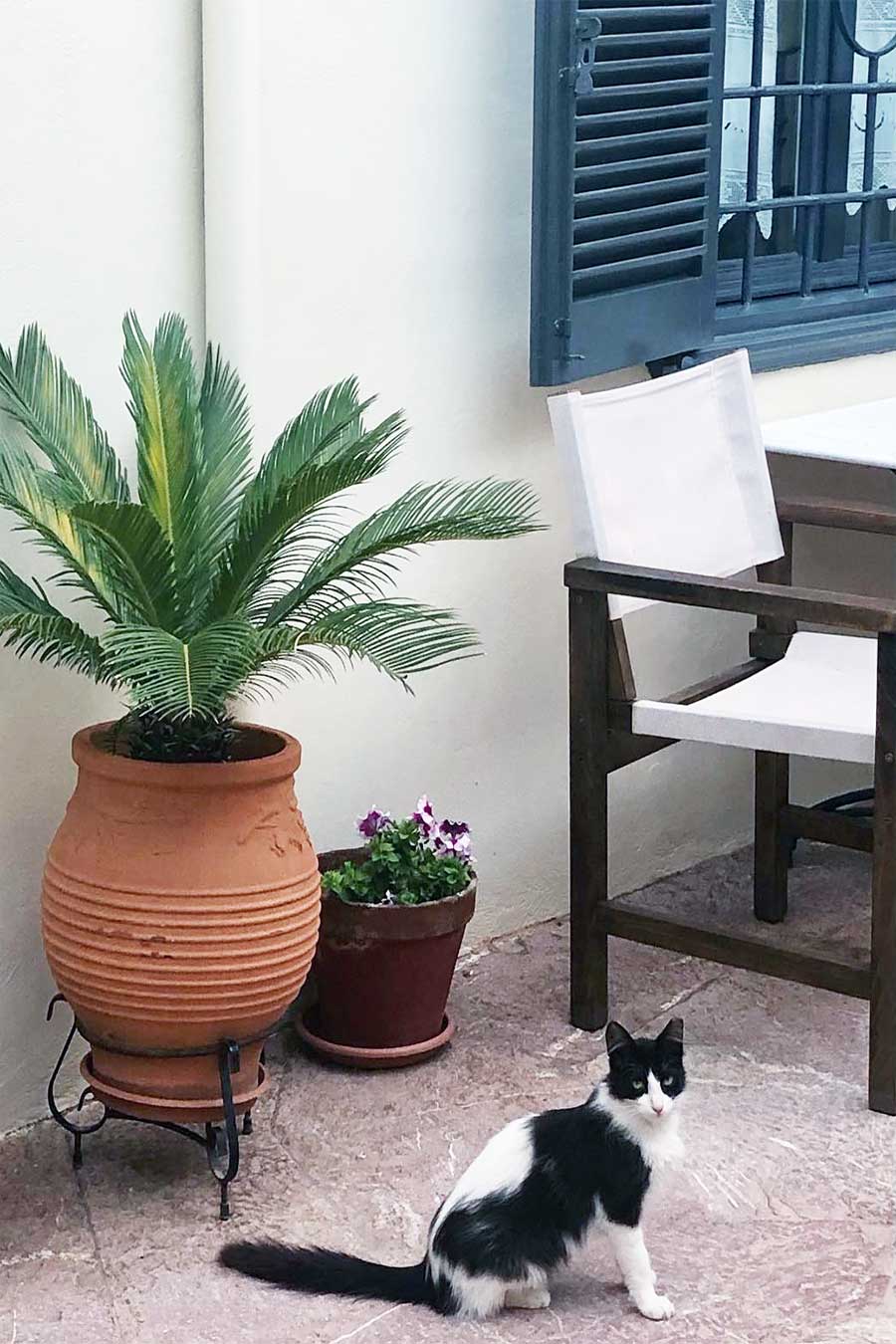 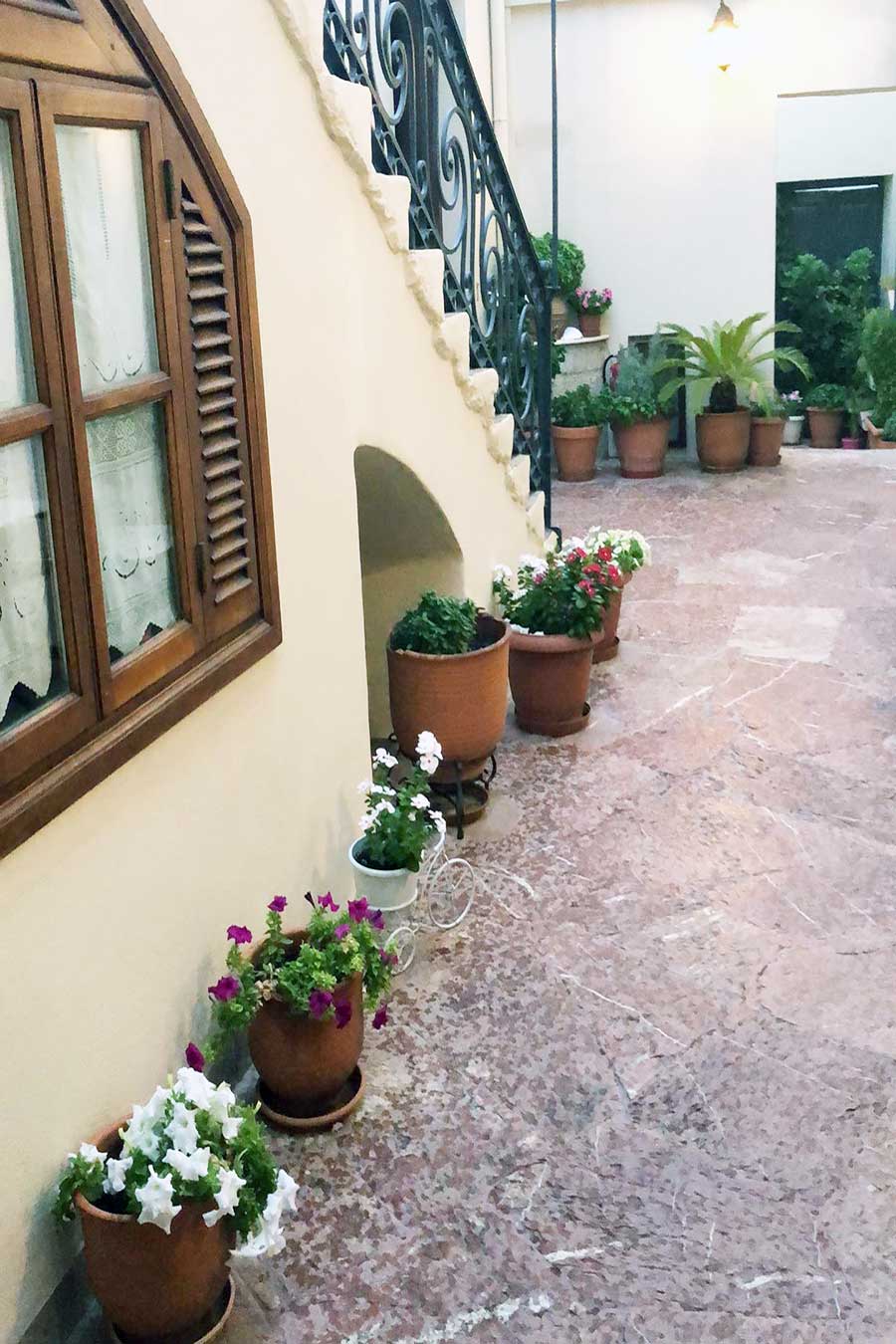 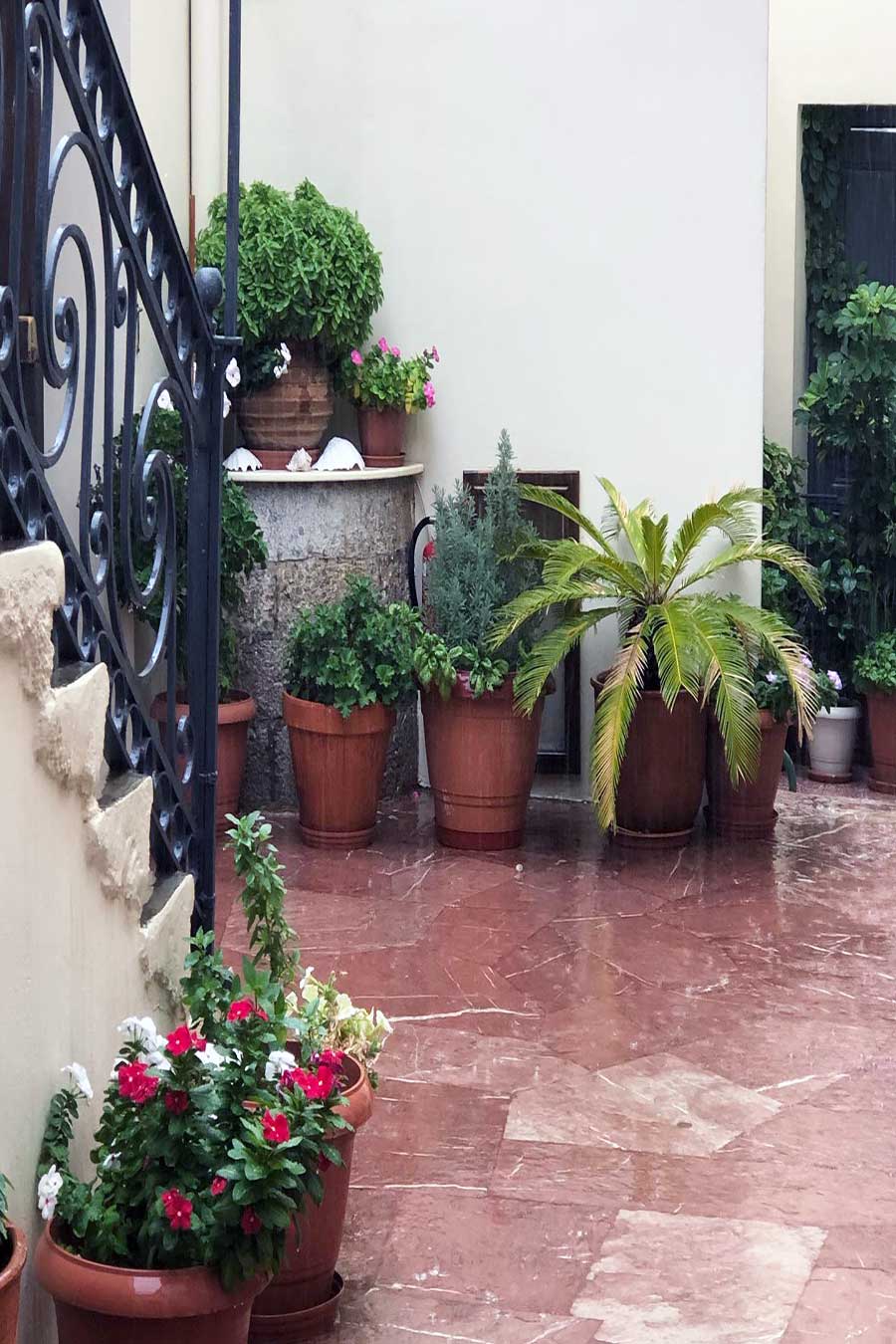 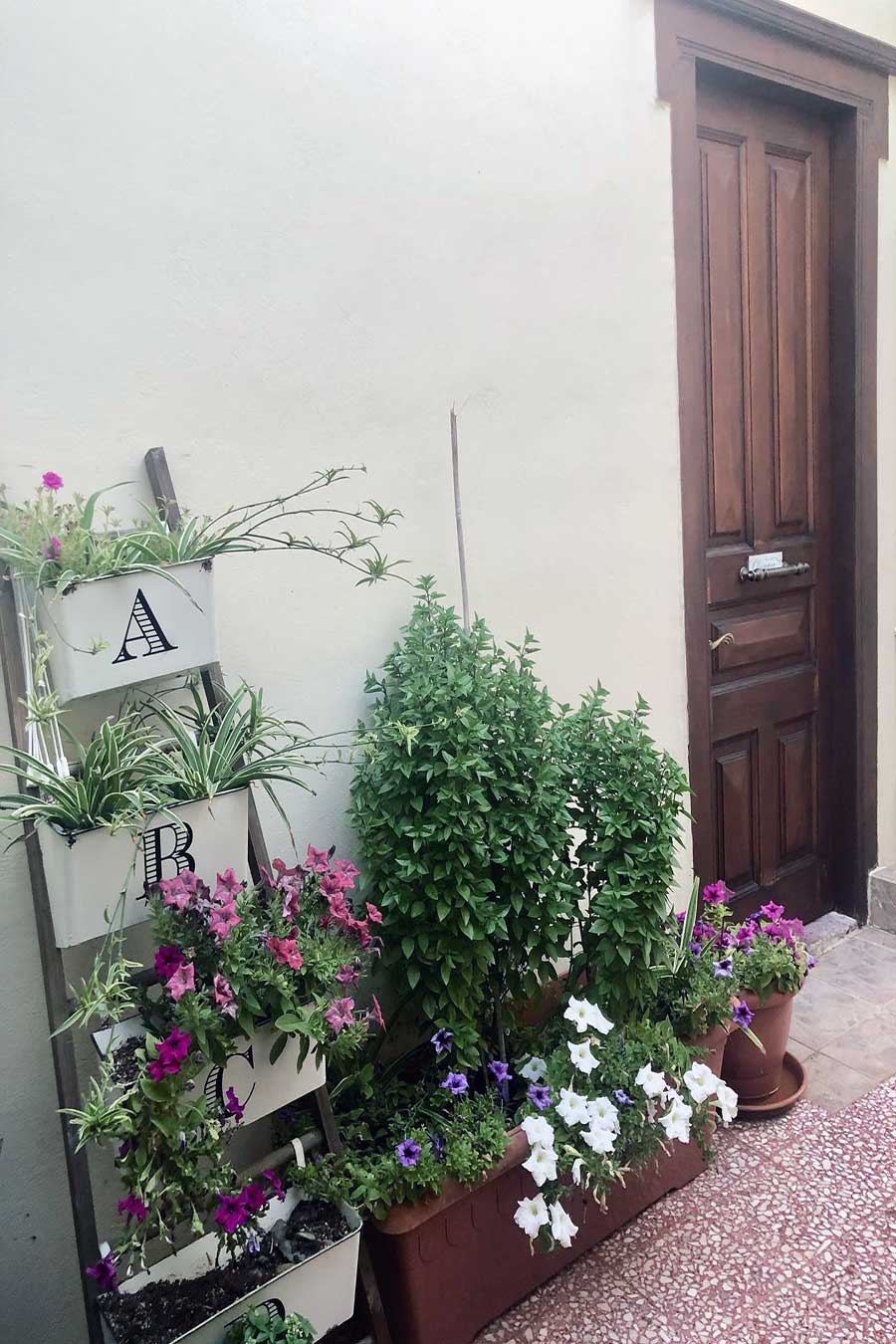 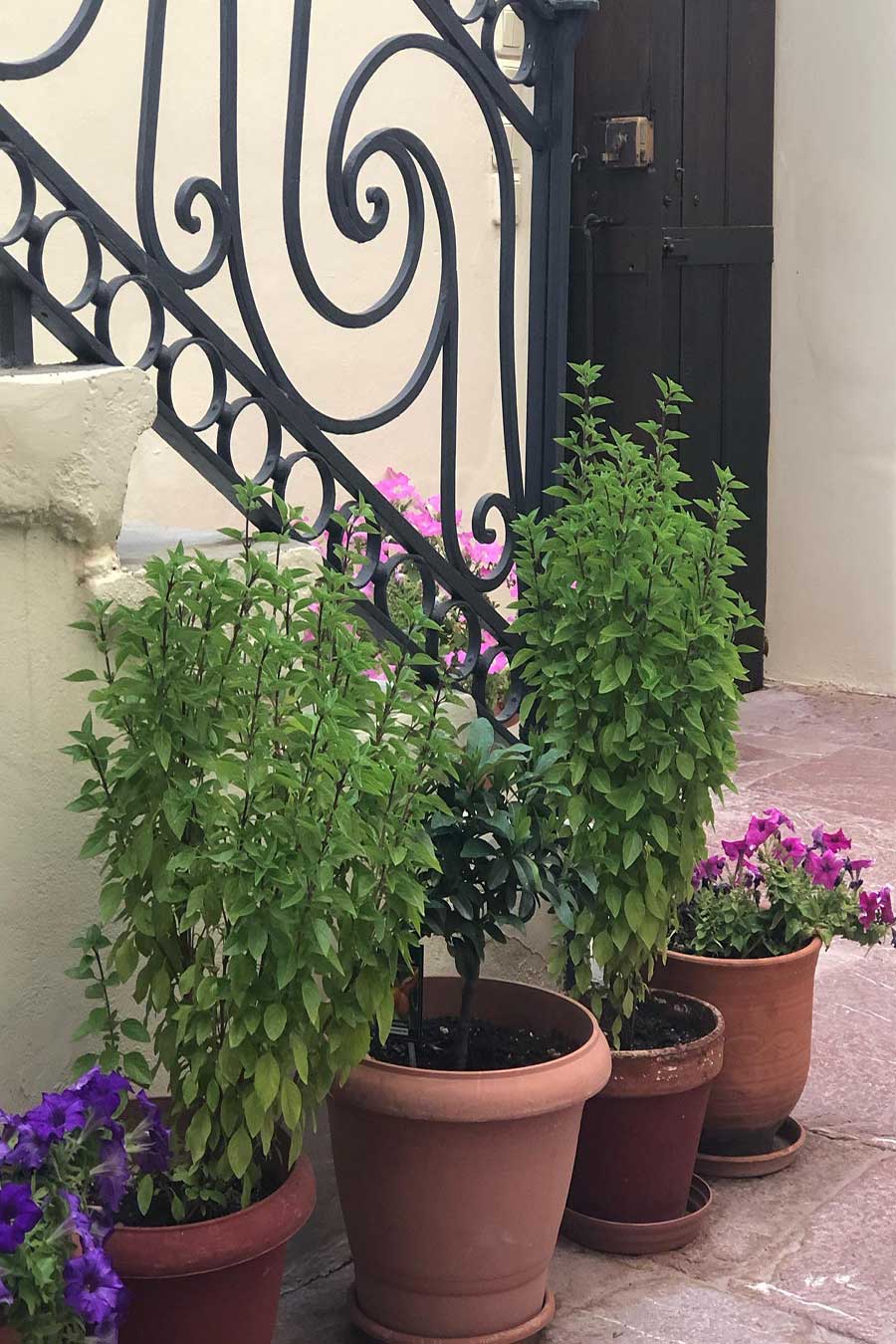 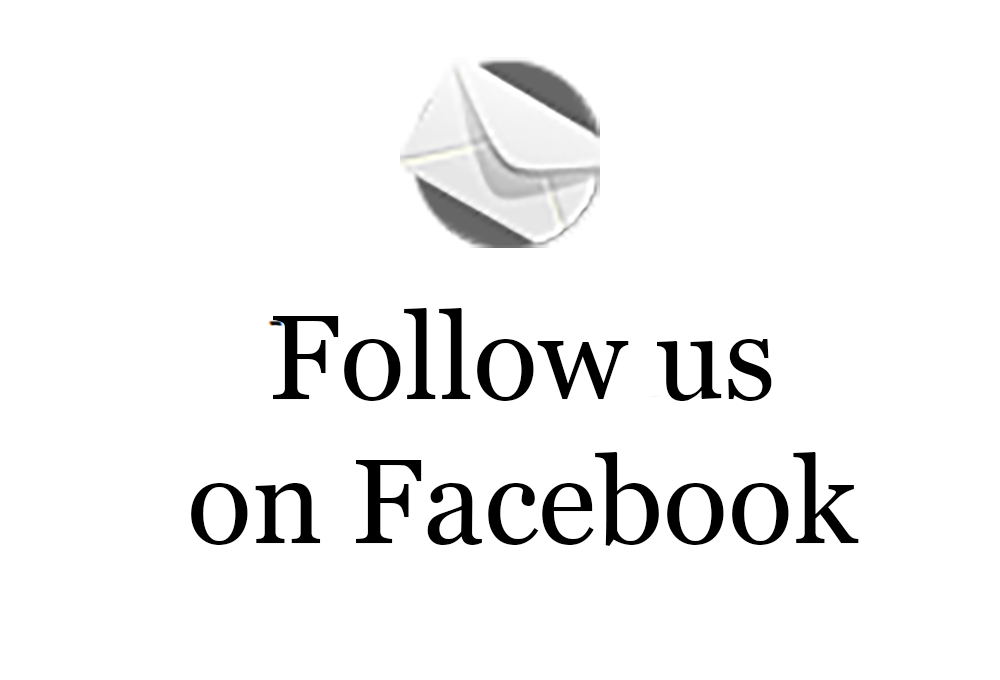 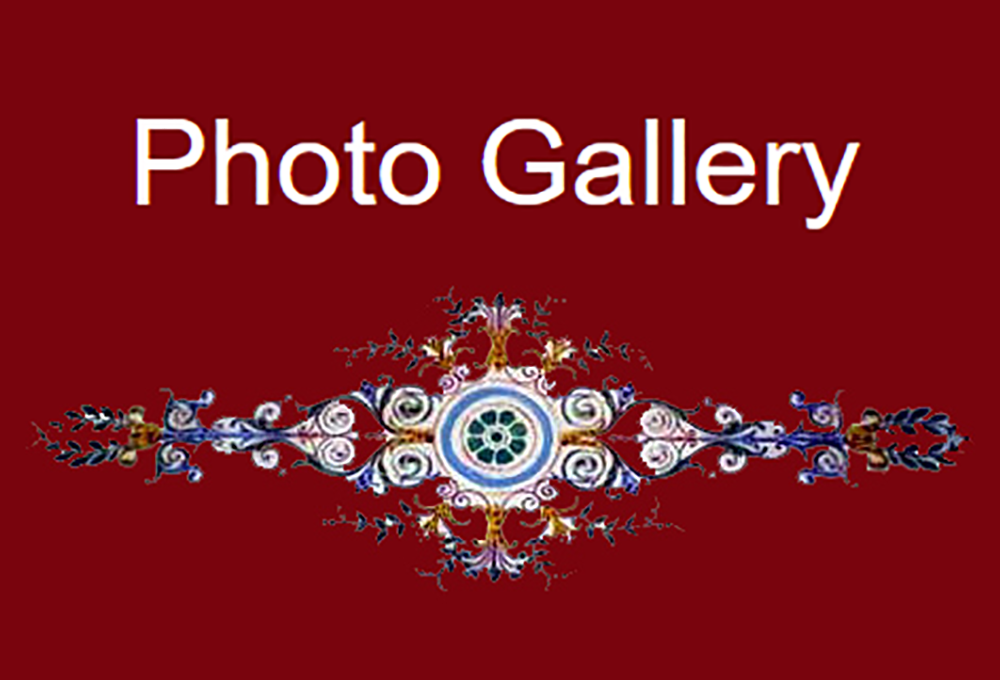 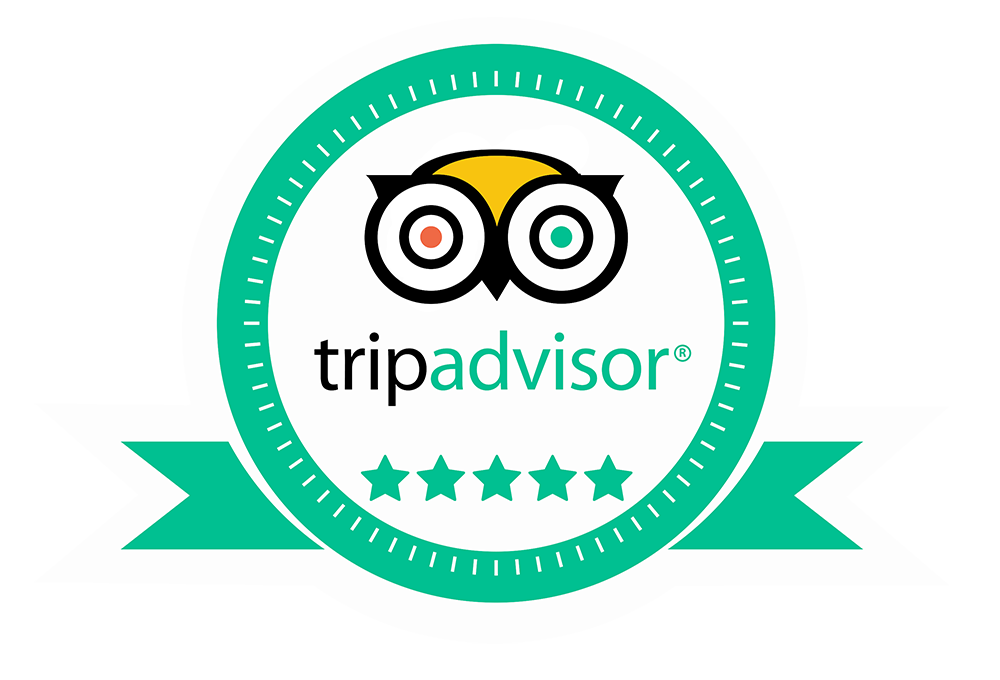